Stanozolol is a synthetic derived from testosterone. Technically classified as an anabolic steroid, Stanozolol is commonly sold under the brand name winstrol. Created by the Winthrop Laboratories in 1962, winstrol is one of the most popular anabolic steroids. Winstrol is a registered trademark of Sanofi-Synthelabo Inc. in the United States and/or other countries. Sanofi has licensed rights of Wnstrol to Ovation Pharmaceuticals. Winstrol is commonly marketed as Winstrol (oral) and Winstrol Depot (injectable).

Aside from testosterone, Winstrol (stanozolol) is the most popular steroid on the market. A Winstrol cycle is popular because it is often used in cutting cycles. You have bodybuilders using it before a contest, and you have regular gym goes using it while dieting to improve their physical appearance and/or get ready for summer. On top of that, it is an oral steroid, which is often preferred by the average steroid user, who does not want to use needles.

As mentioned earlier, testosterone is more times than not, the base of every steroid cycle. It helps improve your overall feeling, energy, libido, build muscle, and more. But because of frequent injections, possible water retention, estrogen, and other potential side effects, some new steroid users stay clear of testosterone, and injections in general… thus we have the Winstrol cycle.The problem with a Winstrol cycle is that it has more side effects than testosterone. The difference is(besides the injections), testosterone’s side effects are often visual, gynecomastia(bitch tits), acne, water retention etc. On the other hand you have Winstrol, which is 17 alpha alkylated, which means it is harder on the liver. Since any damage to the liver is not immediately noticed, and doesn’t affect physical appearance, many users opt for Winstrol over testosterone and other injectables.Let’s take a look at some Winstrol cycles. First we’ll take a look at the basic Winstrol cycle.Approximately ten years ago, the common beginner dosage for Winstrol was roughly 20-25mgs per day. With the internet, and ‘more is better’, the common dosage today is 50mgs per day. Pharmaceutical Winstrol is often dosed very low, but underground labs generally dose Winstrol for bodybuilders. You will see 10mg, 25mg, and 50mgs capsules of Winstrol.A simple Winstrol cycle would be 50mgs a day, for six weeks. It is suggested to not go past the six weeks to give yoru liver and kidneys a break. The six weeks is a guideline, and many users will take Winstrol for eight, and up to ten weeks. The safest route is if the user can get regular blood work done by the doctor, to make sure everything is healthy.

A Winstrol cycle with testosterone.

There are two ways to cycle Winstrol with testosterone, and you’ll have an endless argument of which way is better. A bodybuilder can take testosterone for 8-12 weeks, along side with Winstrol, which would be for six weeks. The variation, is you can take the Winstrol starting from day one, up until the end of week six. Or you can take it for the last six weeks of the cycle. When taken at the beginning of the cycle, users will see quicker gains, great pumps in the gyms, usually after only a few days of use… like a ‘kick start’ to the cycle. The problem with that is, after the first six weeks, the user is only on testosterone for the last 2-6 weeks of the cycle. If the individual starts off with just testosterone, and adds the Winstrol later, they won’t see the quicker gangs, however, they will get the benefits of Winstrol closer to the end of the cycle, which in most cases is either around a bodybuilding contest, or middle of summer. In the end, it’s a personal choice based on own personal beliefs.

Any advanced cycle usually consists of three or more drugs used in a cycle. There are many options, and most will have testosterone as a base.Testosterone and Winstrol cycle. Though most advanced cycles use three or more compounds, this one only has two, testosterone and Winstrol. The sample cycle is either 12 or 16 weeks. In this cycle Winstrol is taking at the beginning, and the end, with a short break in the middle, to give the body a ‘break’.
In example A, there is a two week break in the middle, and example B, there is a 4 week break in the middle. Because of the duration of both the cycle and Winstrol use, this cycle may have more side effects.
Three Steroid Stack. Once again testosterone is the base. Winstrol is again used at the beginning or the end, but a third steroid is added. The two most common steroids in this situation is Equipoise or trenbolone(Finaplix). Trenbolone is known to have more side effects than Equipoise, so it is also recommended to not take it longer than six weeks. Equipoise is usually taken for the full duration of the cycle.
*EOD – Every Other DayThat covers three variations of Winstrol cycle. A Winstrol only cycle, and intermediate cycle, and advanced cycles. Included with these steroids can also be a clenbuterol cycle.

USAGE ? The United States FDA (Food and Drug Administration) has approved winstrol for human use. Medically, winstrol is used in both animals and human patients to treat a number of conditions. Winstrol is commonly used for the treatment of anaemia and hereditary angioedema that causes episodes of swelling of the face, extremities, genitals, bowel wall, and throat in humans.

Winstrol has substantial fibrinolytic properties. It has been effective treatment for urticaria, Raynaud’s phenomenon, cryptofibrinogenemia, and lipodermatosclerosis. It has also been used to cure osteonecrosis in cases; it is resistant to all other therapy. The drug also has been successfully used in treatment of AIDS wasting syndrome. Winstrol is often used to improve muscle growth, red blood cell production, increase bone density and stimulate the appetite in weak and feeble animals. Winstrol is widely used by muscle builders for its anabolic and androgenic effects. Average Dose for men is 50-100 mg/day, and for women is 25-50 mg/week.

CHEMISTRY ? winstrol is a DHT (dihydrotestosterone) derivative. It is a 17AA steroid. It is chemically designated as 17-methyl-2′ H -5(alpha)-androst-2-eno[3,2- c ]pyrazol-17(beta)-ol. In winstrol (oral), Stanozolol is solidified into tablet form, and each tablet contains 2 mg of stanozolol. Stanozolol is aqueous in winstrol Depot. Inactive Ingredients of winstrol include Dibasic Calcium Phosphate, D&C Red #28, FD&C Red #40, Lactose, Magnesium Stearate, and Starch. Active Life of winsrol is around 48 hours.

SIDE EFFECTS ? overuse or high doses of winstrol are often linked with cause serious side effects. Some of the side effects of winstrol are ? allergic reactions, such as difficulty in breathing, choking of the throat, swelling of the lips, tongue, or face, or hives; swelling of the arms or legs, especially ankles; frequent or persistent erections, breast tenderness, breast enlargement (males), voice changes (hoarseness, deepening), hair loss, facial hair growth, clitoral enlargement (females), menstrual irregularities (female), worsening acne, difficulty in sleeping, headaches, and changes in sexual desire.

LEGAL STATUS ? winstrol has been classified as a Schedule III controlled substance under federal regulation. It has been banned from use in sports competition by the International Association of Athletics Federations (IAAF). 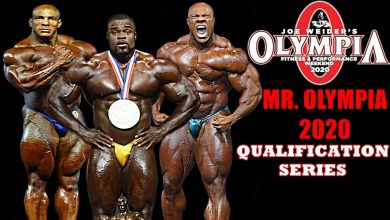