Please visit the MuscleChemistry Peptide and HGH Forum To Learn More, Ask Questions, and Read Reviews on everything from your basic PCT ancillaries, to HGH, IGF-1 lr3 and Much Much More!

1. IGF-1 lr3 Stacked with Clenbuterol
By far the best way to  maintain muscle mass while on a serious clen run while still  being able to add lean muscle mass is with the addition of insulin-like growth factor-1 lr3 aka IGF-1 lr3

4. So you want to purchase clenbuterol:

The question of where to buy clen is complicated by the fact that clenbuterol is not legal in the United States; you can read about the legal situation regarding buterol on this U.S. Department of Justice page. Despite the U.S. government’s outlook on this drug, many bodybuilders still find clenbuterol for sale on various websites. This enables people to buy clenbuterol without even having a prescription. However, the one catch if you buy clenbuterol online is that you have to be careful not to get burned by bad product or caught by the feds!

Not every country is so draconian on their outlook on clenbuterol. People can buy this drug in the European countries of Bulgaria and Russia as well as China. But regardless of where one is from, the International Olympic Committee (IOC) and major sports leagues have banned athletes from taking clen.

6. Bodybuilding Expectations versus Avarage gym rat when on clen

Given that clen is banned by the IOC, it’s certainly worth covering how this drug provides a competitive advantage. Often compared to ephedrine, clenbuterol stimulates beta-2 receptors by performing as a beta-2 agonist, meaning your body prefers to burn fat over muscle. Other important clenbuterol results include increased aerobic capacity, improved oxygen transportation and more muscle mass.

7. You can expect clenbuterol to have some adverse reactions:

As with most great things, there are downsides to running a clen cycle. Some of the clenbuterol side effects include high blood pressure, increased heart rate, headaches, anxiety, overheating, dry mouth, sweating and insomnia. These side effects can be rather harsh so don’t go into clen usage lightly.

8. You can avoid adverse reactions to clen by using:

Clen side effects will differ from person to person, but the sides hit some people really hard and it’s definitely best to have support on a clenbuterol cycle. Specifically, take 3mg-5mg of taurine daily during a clen cycle because taurine levels get depleted in the liver, thus preventing the conversion of T4 to T3 in the liver. Also take magnesium and potassium, and drink plenty of water on cycle to stave off muscle cramps and keep yourself from overheating. Finally, make sure that your clenbuterol dosage matches your experience level with the drug.

The nice thing about this is that you don’t have to do post-cycle therapy after running a clen cycle. However, if you stack other drugs along with it, do your research on each drug and what on-cycle support and (possible) PCT are needed.

No, clen is not a steroid, but rather a Sympathomimetic amine that stimulates your body and has thermogenic (heat-producing) properties. Thanks to its non-steroidal properties, you don’t have to run PCT to keep clenbuterol results.

11. Do you pyramid up and own with clenbuterol dosage like you do with t3 or t4 thyroid medicine:

Some bodybuilders do taper towards the end of a clenbuterol cycle to lessen their body’s shock when coming off. However, many consider this a personal choice that’s up to the individual.

12. Clenbuterol can be found in Pill form, Clen caps, and Clenbuterol powder can be Suspended in liquid solution:

You can find pill form, spray and liquid clenbuterol available. Most bodybuilders appreciate that they don’t have to use a needle to inject this substance, unlike many other bodybuilding drugs.

13. What form of clen is best and safest:

This is actually an ongoing debate in the bodybuilding community, with people taking both sides. Those who like liquid clenbuterol often say that it’s more-easily absorbed and really powerful. Fans of the pills like that they can easily measure doses and simply pop a tablet(s) into their mouth.

14. Clenbuterol, will it kill my gains as a male bodybuilder:

Look across the internet and you’ll see plenty of clenbuterol reviews that rip this drug, while claiming that it’s for women and pretty-boy underwear models. Many naysayers are concerned with bulking and stick to drugs like testosterone, deca-durabolin, anadrol and trenbolone. However, don’t let this alone turn you off from clen because it’s a highly effective cutting compound and also has some muscle-hardening benefits. Once again, though, be aware that the side effects are nothing to scoff at.

15. How to know the best way to cycle clen for your body type

The nice thing about clen is that you can add it to a variety of cycles. Many like to create a clenbuterol cycle that revolves around cutting and add another fat-burning compound like cytomel (T3) for fast results; they also use other supplements to stave off clenbuterol side effects. Others will alternate cycles with fat-burning drugs so that they can use clen and other drugs off and on throughout the year. Below, you can see a good clenbuterol before and after picture to get a good idea on what one of these cycles can do.

This drug is also popular to stack with non-aromatizing steroids like anavar to provide a harder, more-ripped physique. Additionally, clenbuterol results include reduced water retention and more muscle retention. But due to its lack of anabolic effects, buterol isn’t really popular to stack with mass-building drugs.

16. Females Use Clebuterol Just As Effectively as men if not more so!

Of course, and women can get some excellent fat-loss results through this drug. However, promoting clenbuterol for women doesn’t mean that every 300-pounder who considers Burger King a food group should use this drug. It’s important for women to nail their diet first, then look to clen to give themselves that extra push. In order to lessen the potential side effects of clenbuterol, beginners should start with 10mcg-40mcg of this drug, then progress from there.

17. Powerlifting and weight lifting on clenbuterol?

Power lifters and Most bodybuilders don’t have any problem with lifting while doing clen. So using this drug shouldn’t affect the average person’s weight training.

18. Do professional Athletes use clenbuterol for Performance enhancement?

Certainly. Any number of clenbuterol reviews can tell you that it offers plenty of athletic benefits, such as improved cardiovascular efficiency, increased strength, better metabolic activity and slight increases in muscle mass. Because of the competitive advantages that clen provides, the IOC and major sports leagues have banned athletes from using it. 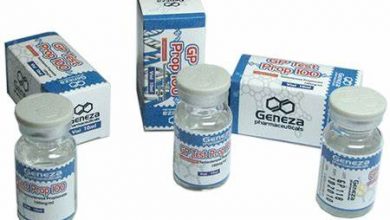 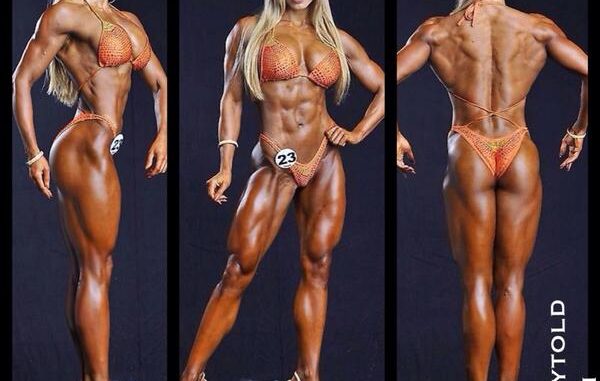 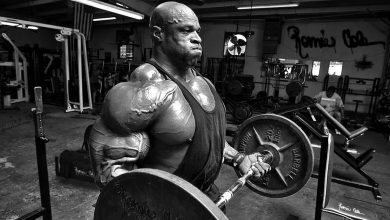