From powering sex drive to regulating bone and muscle mass, fat distribution and the production of red blood cells, testosterone plays a big part in the lives, looks and libido of men.

The research, published in Nature Communications, is the first to establish a specific biological factor behind a man’s urge to buy luxury labels and products, according to Amos Nadler, study co-author and assistant professor of finance.

For instance, a man with a higher level of testosterone in his body will be more likely than a man with lower testosterone levels to prefer status-enhancing brands such as Lacoste, Armani or Ralph Lauren, compared to labels deemed to be lower-status, including Old Navy, Levi’s or North Face.

It all has to do with an age-old drive to climb the social ladder.

“Just like non-human animals, male consumers are vulnerable to a specific status motive which is driven by sex hormones,” says Dr. Nadler in an e-mail.

“Therefore, individuals exert considerable effort to enhance their social rank by gaining status (i.e.: respect and admiration from others, sometimes also referred to as prestige),” they say.

Our early ancestors would fight for status through displays of hunting prowess or physical aggression. These days, we’re more likely to show off our status through our job titles, academic achievements and the wealth we put on display for others – not unlike the length of a stag’s antlers or iridescence of a peacock’s tail.

The study included 243 male volunteers between the ages of 18 and 55 who were randomly selected to receive a dose of testosterone gel or placebo gel that would absorb through their skin. The data the researchers collected during this task showed that the men who received a dose of testosterone had a stronger preference for brands that are associated with higher social rank than did the men who received the placebo.

But he sees value in the early findings beyond a boost to savvy marketers who position products as status-enhancing to better appeal to men.

Dr. Nadler believes it’s crucial to understand which biological factors affect our economic decisions and that we know the consequences of those decisions. Without that knowledge, people are vulnerable to their own biological urges and might end up making purchases they cannot afford.

“Understanding the biological factors of status spending might help people make better decisions for themselves, their families and society,” he says.

The study is co-authored by researchers at the California Institute of Technology, the Wharton School of the University of Pennsylvania, INSEAD in France and ZRT Laboratory in Oregon. 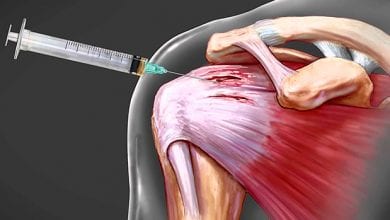 What Anabolic Steroids Are Beneficial After A Sports Injury