Risks of Mixing Steroids and Alcohol

Steroids and alcohol are legal for persons aged 21 years and above in most parts of the world. While alcohol is purely for recreational purposes, the same cannot be said about steroids. Nevertheless, the two substances affect the body in many ways. But, have you ever asked yourself whether combining the two is good for you? Well, we have done a little research and found some Risks of Mixing Steroids and Alcohol  and surprising details.

Bodybuilders and other athletes love having fun, that is without a doubt. However, the kind of substances they consume to enhance their performance may not go well with alcohol. Alcohol is a combination of several chemicals that cumulatively slow down brain activity. Anabolic steroids on the other hand work by boosting testosterone levels, the result of which is increased muscle mass and loss of fat. It is important to note that anabolic steroids are different from corticosteroids in that the latter are used purely for anti-inflammatory purposes. This article will discuss steroids and the proven risks of mixing them with alcohol.

Related Article:: How are Steroids Abused?

Prednisone, when taken alone may cause serious side effects such as stomach bleeding. Similarly, excessive alcohol consumption causes stomach bleeding due to wearing out of stomach walls and injury to the liver. But what happens when you mix the two substances? Your guess is as good as mine – the effects will be twofold. However, you can reduce the combined effects of alcohol and steroids on your stomach by eating before taking the substances. This is because a full stomach will reduce the probability of either of the substances interacting with your stomach lining. Alternatively, take alcohol and steroids separately to avoid their combined effect on the stomach.

Must Read:: Effects of Alcohol On Muscle Building

While most steroids are not associated with a reduced immune system, the same cannot be said about alcohol. Excessive drinking compromises the drinker’s immune system, thus making them prone to opportunistic diseases. Pneumonia and tuberculosis are some of the diseases the body is exposed to in the case of excessive drinking. Additionally, people who have a condition known as autoimmune may take steroids that suppress immunity. While this may be justified medically, mixing the steroids with substances such as alcohol may lower immunity to dangerous levels. Most importantly, alcohol, being the strong depressant, we know may interfere with how you take your steroids. That includes forgetting to take the drugs at the right time or not following the necessary aftercare procedures. Any steroid user should put a stop to alcohol intake until they achieve the steroids achieve desired results. 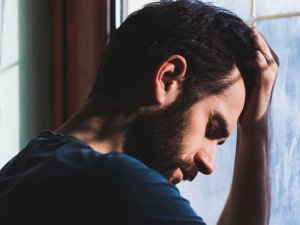 Depression is a serious health issue that can be brought about by a mixture of alcohol and steroids. A regular steroid user can confirm that indeed these drugs can have a toll on you. To escape the nasty side effects and mood changes, many steroid users have turned to alcohol. Well, this is not a good idea. Alcohol is known to cause extreme depression itself. So, what makes one think that it can help them overcome another type of depression? It could be peer pressure or something else. But the thing is mixing alcohol and steroids will only make the situation worse. Do yourself a favor and never try to cure any type of depression by taking alcohol. Instead, find other treatment options for the depression such as counseling and psychiatric therapy.

Osteoporosis, a condition characterized by weakening of bones, maybe as a result of mixing alcohol and steroids. However, the condition usually occurs when one abuses alcohol. Steroids such as Prednisone may also cause it on their own but it happens in one out a thousand users. Moreover, osteoporosis is not serious enough to warrant medical intervention but it can limit the weights you can lift. It will also make it difficult to perform high-intensity exercises. To be on the safe side, avoid mixing alcohol and steroid such as prednisone to avoid this condition.

Melatonin and several other steroids, when mixed with alcohol, cause the blood sugar level to rise or drop. This means the rate of absorption of the steroids is increased or lowered respectively. In either case, breathing becomes irregular and difficult. However, it is more dangerous if alcohol increases the effect of a drug like melatonin. One will not only have breathing difficulties but may also develop weak joints, drowsiness, lack of balance, among others.

Steroids are not known to induce diabetes but long-term use can cause the condition. Alcohol, on the other hand, more so excess of it, causes high blood pressure and diabetes. A combination of alcohol and steroids and alcohol, however little the latter is, may cause one to develop diabetes. The two substances and their combination destabilize a person’s sugar levels. Whether you’re genetically susceptible to a particular type of diabetes or not, taking alcohol while using steroids triggers a rise in blood sugar. To be safe, don’t take any form of alcohol during your steroid cycle or when under any form of steroid treatment. Unlike other risks, this particular one does not have a safe way of getting around it. You have to choose between steroids or alcohol; a decision that may require the services of a therapist.

Related Article:: Down the Hatch: Alcohol’s Effect on Muscle Growth

Studies have shown that risks associated with mixing steroids and alcohol stem from the abuse of the two substances. Steroid abuse is not very common among athletes but individuals who have used them for a long may develop some complications. Additionally, steroid use requires discipline and commitment. Also, one must practice self-care to deal with some adverse side effects associated with the steroids. Failure to adhere to any of these may result in some of the following conditions.

Alcohol abusers are more likely to develop the aforementioned side effects compared to occasional drinkers. However, the former category of drinkers is addicted to the substance and hence cannot control how they take it. The fast step towards the safe use of steroids and alcohol is knowing whether you’re abusing alcohol or not. Occasional drinkers don’t have much to worry about they can always stop taking alcohol whenever they want until their steroid cycle is complete. Here are signs you may be abusing alcohol and at greater risk of developing the conditions discussed.

Abusing alcohol may cause adverse side effects such as high blood pressure and even death. Steroids use and alcohol go well for as long as you’re drinking it responsibly. Please note that this option is for those who can’t do without it completely. Otherwise, it is highly recommended that you don’t take alcohol alongside steroids because of the risks we shall share with you. Here are signs that your alcohol consumption is not healthy. Please note that only a qualified medical practitioner can determine whether a person’s alcohol consumption is healthy or not.

Unfounded fear is the first sign that you’re not drinking responsibly. Paranoia has something to do with impaired judgment, where the person is unable to distinguish between real threats and non-existent ones.

It is a very serious effect of alcohol abuse and addiction where one thinks they can tackle any threat head-on. Feelings of invincibility are even stronger if one is a bodybuilder.

If you notice a gradual loss of appetite despite training and using steroids, then it means your alcohol consumption is on a dangerous level. No or reduced appetite means your system is overwhelmed by the huge amount of alcohol you’re taking.

This is a state where one does not comprehend anything happening around them after taking a little too much. Drinking to this point without being forced is a clear sign that one has developed alcoholism. It is the most dangerous stage for one to be taking steroids because they may not only skip their dose but may also fail to take care of themselves.

When to Seek Help

Health problems associated with mixing steroids and alcohol may be fatal if ignored. If you know you have a drinking problem and feel like using steroids at the same time, it is advisable to consult your doctor first. Most importantly, let your trainer know about this so they can arrange how to go about it. Although some side effects may appear to be mild, it is best to monitor them closely so as not to develop into something serious. Finally, ensure to take every substance, whether it is a steroid drug or alcohol, in moderation to avoid these risks.

We might spend the whole day arguing against mixing steroids and alcohol but can’t run away from the truth; it will always be there. The best we can do is find solutions that include being cautious about it. With over a hundred types of alcoholic drinks in the world today, you will always find one that will go easy on you. But if you could avoid mixing these two substances, it will be for the better.

The Conflicting Effects Of Creatine & Alcohol On Growth

The Conflicting Effects Of Creatine & Alcohol On Growth

How Margarita Ventura Prepares For The 2021 NPC East Coast Cup 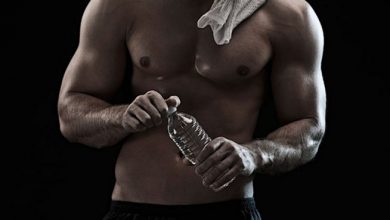