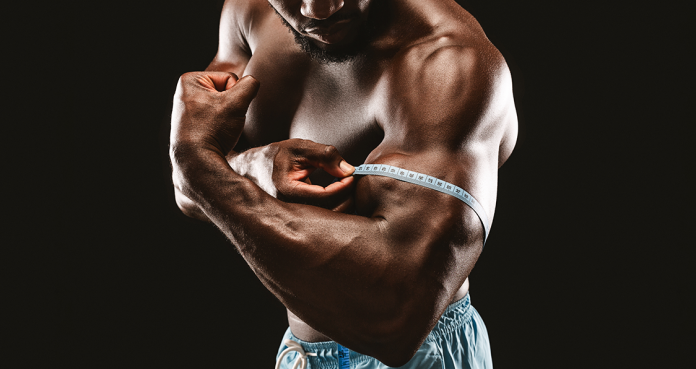 Build Bigger Biceps With These Tips

Your pythons can become the biggest, meanest and most venomous with proper training. While most people love training their arms, only a few have guns worth flaunting. Tweaking your arm training a little can result in major gains.

How do you know you need tips for better bicep training, you ask? If you’re someone who flexes his guns in the mirror but sees nothing more than a flat pulse line, this article is for you.

Starting with isolation exercises is a great way of pre-exhausting your muscles. Once you’ve exhausted your muscle fibers at the beginning of the workout, you’ll be able to get better muscle pumps without having to lift heavy which can reduce your chances of an injury.

Twists Your Wrists Outwards To Focus On The Peak

As we said at the beginning of the article, making small adjustments can take your guns to the next level. While performing dumbbell lifts, instead of having supinated palms (wrists facing you flatly), rotate your wrists slightly outwards so that your little finger is closer to your shoulder than your index finger.

The rest of the curling movement will remain the same apart from the minor twisting adjustment at the contraction point. The outward turning of the palms will put more tension on the peaks of your biceps.

You Need Volume AND Intensity

Many people get into the hopeless debate of whether they should do isolation or compound movements for building size or conditioning and if they should be performing a higher or lower number of reps?

Building your pythons needs an all-round approach, and it’s not a simple question of either this or that. You need to be constantly shocking your muscles by varying the volume and intensity.

Divide Your Bicep Training Into Parts

Biceps are called that for a reason. The biceps are made up of two major muscles, and yet many people don’t design their training around training each head of the bicep separately. For defined and stiriated guns, change your pattern of movement while performing the dumbbell exercises.

For example, while doing the dumbbell hammer curls, keep your elbows planted to your sides and point your lower hands away from your body to target the inner head of your bicep. To train the outer head, follow a range of motion where the dumbbell will be in front of your torso at the top of the movement.

Using resistance bands can be an incredibly effective way of gaining muscle mass and conditioning in your pythons. The bands are effective because they give you a different amount of resistance depending on where you are in the range of motion.

Your guns will be under the least amount of resistance at the resting position as the bands will be retracted. As you perform a curl, the bands will start adding resistance to your arms and the highest resistance will be experienced at the top of the movement.

5 Reasons Why You Should Never Squat

Check Your Hematocrit During AAS Use