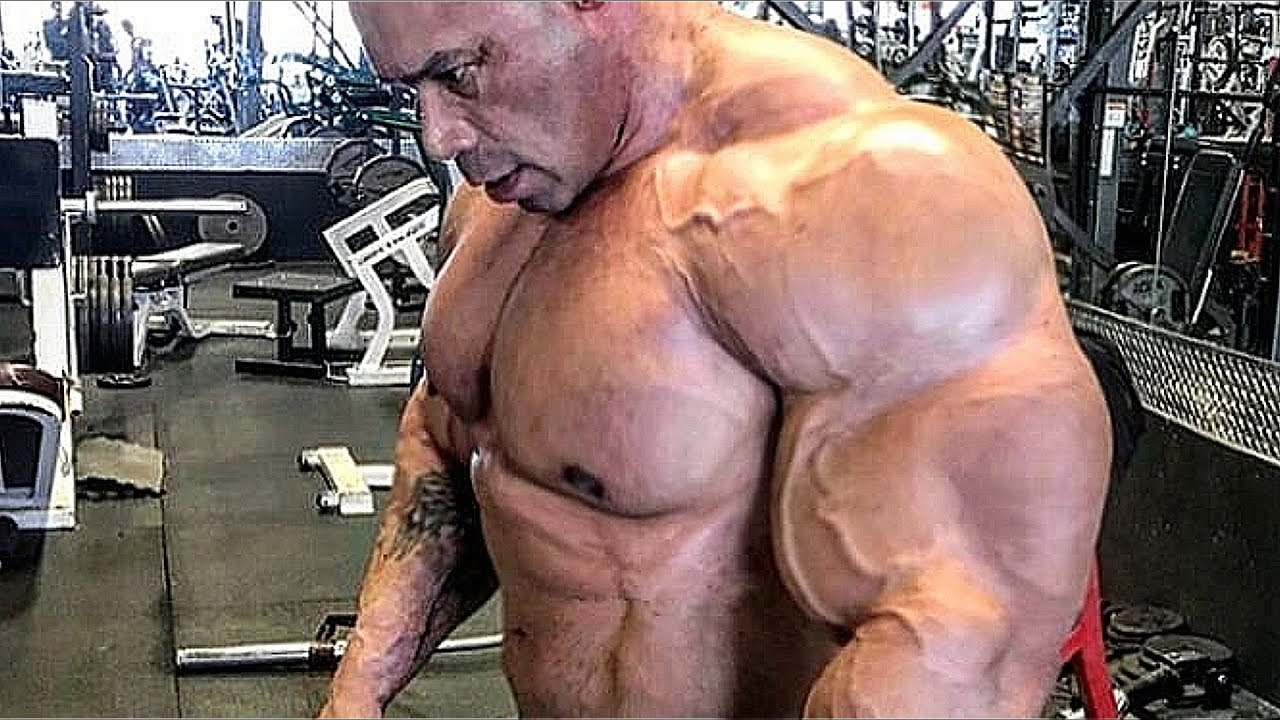 All anabolic steroids are forms of exogenous testosterone. However, due to modifications in chemical structure, different steroids produce different outcomes, in regards to body composition and athletic performance.

Below are the different types, or categories of anabolic steroids, used by bodybuilders:

Bulking steroids are used to build exceptional amounts of muscle and strength. These compounds are typically used in the off-season (winter period), where bodybuilders eat in a calorie surplus.

Cutting steroids are instead used for enhanced fat burning, increasing muscle definition and retaining hypertrophy (size); when in a calorie deficit. These compounds are often utilized in the final weeks leading up to a competition, or in the summer for maximum aesthetics on the beach.

In this guide, we will list the different types of bulking and cutting steroids used by bodybuilders today, comprehensively detailing their benefits and side effects. We will list in brackets whether they are oral or injectable steroids.

Anadrol is also one of the most powerful compounds for enhancing strength, making it very popular among strongmen and powerlifters.

Anadrol will cause hefty weight gain, being approximately 30lbs from a cycle, due it being a ‘wet steroid’; as well as anabolic.

Thus, users can expect a remarkable increase in fat-free mass, but also a significant amount of (temporary) water retention.

This can cause a huge and smooth look to a user’s physique, with very full and potentially puffy-looking muscles.

Any excess fluid gained on Anadrol will be flushed out when a cycle finishes and estrogen levels regulate back to normal.

Anadrol may be a potent mass-building steroid; however, it’s also one of the most toxic AAS.

Anadrol will cause notable cardiac hypertrophy (enlargement of the heart), increasing the risk of heart disease. Out of all the anabolic steroids, Anadrol is among the worst from a cardiovascular perspective, due to its negative effects on hepatic lipase in the liver; contributing to drastic fluctuations in cholesterol.

Also, Anadrol is very hepatotoxic, thus high levels of liver strain/damage are to be expected. This can be measured on-cycle by checking AST (aspartate transaminase) and ALT (alanine aminotransferase) enzymes. When these shoot up, it is evidence of liver stress, thus regular checkups with a doctor should be taken to closely monitor these scores.

Dianabol (Methandrostenolone) is another powerful bulking compound and the most coveted oral steroid by bodybuilders.

This is due to its exceptional muscle-building and strength enhancing effects (similar to Anadrol), yet with slightly fewer side effects.

Dianabol is also considered a ‘wet’ steroid, due to it also causing water retention. Fluid retention accumulates differently on Dianabol compared to Anadrol, with serum testosterone being converted into estrogen (via the aromatase enzyme).

Thus, bodybuilders have the choice to use an AI (aromatase inhibitor) to inhibit estrogenic-related side effects on Dianabol, preventing: gynecomastia and water weight. Common AI’s used are Anastrozole and Letrozole, however they are likely to reduce estrogen at the expense of worsening blood pressure levels.

Dianabol is also toxic from a cardiovascular and hepatic perspective. Dianabol raises blood pressure like all anabolic steroids, albeit to a more notable degree, due to its vast effect on water retention (making blood volume increasingly viscous).

Dianabol is also liver toxic, being a c-17 alpha-alkylated steroid, thus having to pass through the liver in order to become active.

Dianabol has a low affinity to bind with the 5α-reductase enzyme, thus reducing the conversion of testosterone into DHT (dihydrotestosterone). Thus, androgenic effects are mild, helping users to come out of a Dianabol cycle unscathed in relation to oily skin, acne vulgaris and prostate enlargement.

Testosterone is usually the first steroid a bodybuilder will take, due to its mild nature and safety (in terms of side effects).

Despite not being the most ‘powerful’ anabolic steroid, it still produces impressive gains in size and strength.

Testosterone is predominantly administered via intramuscular injection; however, it is also available as an oral (known as Testosterone Undecanoate).

Bodybuilders generally opt for the injectable form, with it being considerably cheaper and more potent than oral Testosterone.

Testosterone is less anabolic than Dianabol, yet more androgenic. In practice, testosterone may result in slightly less weight gain than Dianabol — but will build a similar amount of lean muscle tissue. The other main difference is Testosterone has a stronger reaction with the 5α-reductase enzyme, resulting in heightened levels of DHT.

Despite Testosterone’s potent anabolic (muscle building) effects, it can also be taken as a cutting steroid. This is due to Testosterone simultaneously burning fat, due to its androgenicity causing adipose tissue atrophy.

Androgen receptors are present in fat cells and thus when stimulated, lipolysis increases (1).

Testosterone is the most cardiovascular-friendly anabolic steroid on the market, causing only mild increases in cholesterol scores.

A Testosterone-only cycle is often utilized by first-time steroid-users, ranging from dosages between 200-350mg per week — and taken for 8 weeks.

Testosterone Enanthate or Cypionate are preferred injectable esters, due to their longer half-lives, meaning users don’t have to inject as regularly as a fast-acting ester (like Propionate or Suspension).

Testosterone is often stacked with other bulking steroids, such as Trenbolone, Anadrol and Deca Durabolin. When utilized for cutting purposes it is commonly taken with Anavar.

Trenbolone is arguably the most powerful steroid available to bodybuilders, causing rapid changes in body composition that take place within the first week of use.

It enhances fat burning in the same way as testosterone, with its high androgenicity stimulating lipolysis, causing a reduction in fat stores.

Trenbolone’s androgen score of 500 vs testosterone’s 100, demonstrates its raw power in this regard.

Also, Trenbolone is not estrogenic (failing to aromatize), making it a dry compound and thus a very desirable cutting agent.

Trenbolone is a steroid that if someone is using, people can usually tell, due to dramatic changes in body composition, extreme muscle dryness and rapid growth in the deltoid and trapezius muscle regions. These three components combined can make a bodybuilder appear photoshopped in real-life.

Trenbolone is one of the harshest anabolic steroids a bodybuilder can take, having potentially devastating effects on a user’s health.

Trenbolone is not particularly hepatotoxic, due to it being an injectable instead of a C-17 alpha alkylated steroid.

However, AST and ALT liver enzymes still may rise, due to trenbolone passing through the liver upon exit.

Trenbolone will have a drastic effect on blood lipids, causing an increase in heart hypertrophy (size); resulting in a higher chance of atherosclerosis.

Trenbolone’s inability to convert into estrogen does not do trenbolone-users any favours in regards to regulating HDL cholesterol levels (exacerbating blood pressure levels).

Trenbolone’s high androgenicity is partly responsible for its impressive results; however, this will cause acne vulgaris (and cystic acne) in some users. Hair loss is likely to accelerate due to DHT levels spiraling to high levels, causing inflammation and damage to hair follicle health. Difficulty urinating may also become an issue, due to an enlarged prostate gland.

It causes surges in protein synthesis and nitrogen uptake in the muscle cells, causing dramatic increases in muscle size/strength. However, its anabolic nature is not the equivalent of more power compounds, such as Anadrol, Dianabol or Trenbolone.

Thus, Deca Durabolin is often taken as a stack and ran simultaneously with other bulking steroids.

Deca Durabolin may not be the most potent mass-building anabolic steroid; however, it is among the mildest compounds available; being well-tolerated by many users (especially in terms of cardiovascular health). Deca Durabolin also poses no threat to the liver.

Deca Durabolin has minimal adverse effects on vital organs; however, it can be disadvantageous in terms of sexual health, causing erectile dysfunction in many users (when used alone).

This is due to Deca Durabolin reducing libido, via stimulation of the lactating hormone, prolactin.

Thus, some bodybuilders will take Cabergoline alongside Deca Durabolin; which essentially is a supplement to inhibit prolactin production. This enables bodybuilders to cycle Deca and maintain their sexual health.

Winstrol (Stanozolol), is available in various forms, although mostly taken as an oral steroid.

Winstrol’s power lies in its low affinity to bind to SHBG (sex hormone-binding globulin), freeing up more active testosterone that is utilized for triggering lipolysis and increases in skeletal muscle.

The only downside to Winstrol in regards to body composition is it can sometimes deflate the muscles, due to it lowering glycogen levels. This can be attributed to its diuretic properties, caused by a lack of aromatase enzyme; resulting in less intracellular fluid.

Winstrol is hepatotoxic, thus users often take a liver support supplement (such as TUDCA) to prevent liver enzymes rising to high levels. Also, cycles should be kept short (6 weeks) and alcohol should be avoided for maximum hepatic protection.

Winstrol will also cause significant cardiovascular strain, due to substantial increases in LDL cholesterol/decreases in HDL. This may cause a flushed appearance to the skin in some users, signifying a spike in blood pressure and thus a higher body temperature.

Winstrol can also be troublesome for the joints, due to its drying out effects, providing less cushion and lubrication. Thus, Winstrol may not be a suitable steroid for aged bodybuilders who regularly lift heavy weights, with it potentially causing aches or severe pain.

Winstrol often causes virilization (masculine) effects to occur in women when taken in moderate dosages; thus it is not considered a female-friendly steroid. However, if very small dosages are consumed (5mg per day), side effects may be kept at bay.

Anavar (Oxandrolone) is a very popular anabolic steroid among men and women. Despite its high market price, it is often coveted due to its versatility.

It can be taken by beginners as a mild steroid that increases muscle-building, without causing notable side effects.

Anavar can also be utilized by experienced steroid-users when cutting to maximize fat loss, whilst retaining muscle tissue.

Women can also take Anavar safely without developing virilization symptoms. Thus, it has many benefits that are advantageous for both sexes.

Anavar only produces moderate increases in lean mass, hence how it’s used for cutting. Its ability to burn subcutaneous fat is surpassed by few steroids, due to its profound effect on T3 (triiodothyronine) levels.

Anavar is also effective in reducing visceral fat, with it improving insulin sensitivity. This can also suppress appetite leading to further fat loss; by increasing the likelihood of users eating in a calorie deficit.

Anavar has diuretic properties; however, unlike Winstrol, muscles will remain looking full; as only extracellular water is flushed out (not intracellular).

Glycogen uptake within the muscles increases on Anavar, thus causing huge pumps in the gym and exceptional muscle thickness in a relaxed state.

Despite being a C-17 alpha alkylated steroid, Anavar does not have a drastic effect on liver enzymes. This is most likely due to it being a mild compound and the kidneys processing part of the compound (in conjunction with the liver).

Thus, liver health is not likely to deteriorate unless taking excessive cycles or mega dosages; however, ALT/AST enzymes should be monitored regularly as a precaution.

Anavar will not cause gynecomastia, as it does not aromatize (inhibiting the conversion of testosterone into estrogen).

Anavar will have a negative effect on cholesterol, causing a mild to moderate increase in blood pressure. However, this adverse effect is considered to be significantly less troublesome compared to different anabolic steroids.

There are several other anabolic steroids not listed in this article, such as:

However, the profiles mentioned are the most commonly used AAS among bodybuilders today to enhance their physiques.

How to Lighten Up 5 Thanksgiving Favorites 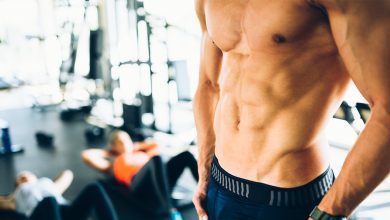 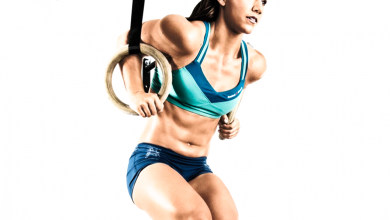