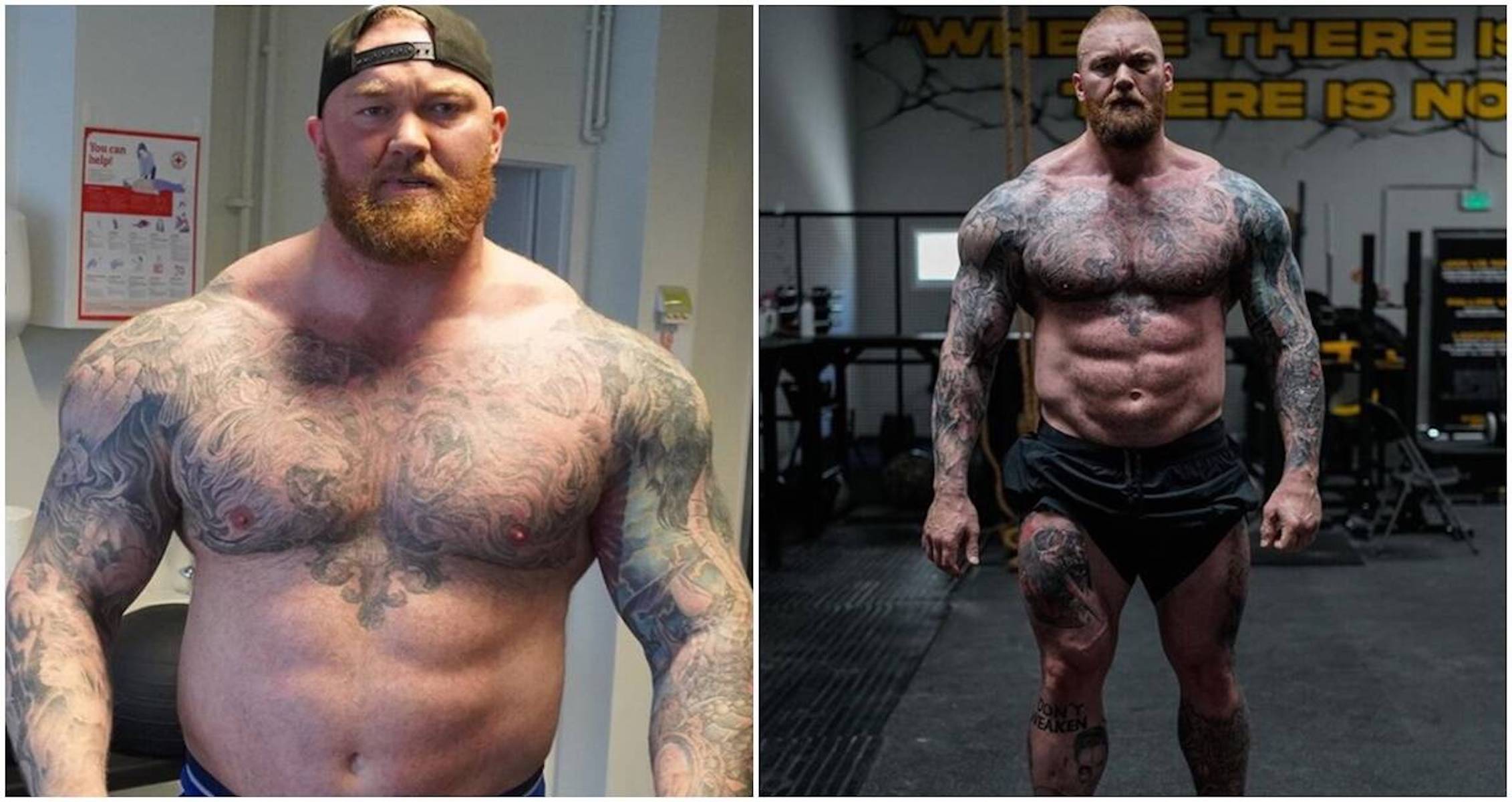 Hafthor Bjornsson not against the idea of fighting Logan Paul in the future.

Hafthor Bjornsson has not been shy about documenting his venture into the boxing game after making the transition from strongman. Bjornsson has flooded his Instagram page with different training videos showing off his recent progress. This was all in preparation for a showdown with fellow strongman turned boxer, Eddie Hall.

This fight has been postponed after Hall suffered a bicep tear. This leaves Bjornsson open for a new opponent and he served up an opinion on a rather well-known name in a recent interview.

Hafthor Bjornsson made it clear that he would be open to the idea of fighting Logan Paul if the opportunity presented itself.

“If he would want to fight me, I wouldn’t say no.”

This would pair two fighters who made a name for themselves in different areas. Bjornsson set the deadlift world record of 501kg in May 2020. He took the record from Hall, who previously held it at 500kg since 2016. This was the initial intrigue of the Bjornsson-Hall boxing match. Paul became a YouTube sensation, along with his brother Jake, and now both are trying to make it in the boxing world.

This is something that Bjornsson acknowledged and admitted that he respects.

“You know, boxing is always huge, boxing is huge,” Bjornsson said. “But getting two brothers like the Paul brothers, who have millions and millions of followers following them, it’s just gonna get more attention to the sport. So I think it’s a good thing. It’s a good thing, because they’re taking it serious as well. I’ve seen at the beginning a lot of criticism and stuff like that, but, you know, you have two young brothers that are very successful, very dedicated, and motivated.”

Hafthor Bjornsson referenced the exhibition fight between Paul and Mayweather. This is a fight that went the distance and there was not a winner. There were mixed feelings after the fight because of the reason it happened and the effort put forth by both fighters. Regardless, Paul stepped into the ring with Mayweather and this shows that boxing is something he takes seriously.

Jake Paul has three professional fights under his belt to this point. He has picked up victories against fellow YouTuber AnEsonGib, former NBA player Nate Robinson, and MMA fighter Ben Askren. He is scheduled to take on Tyron Woodley on Aug. 29. There are no plans as of now for Logan Paul’s next fight. He has been linked to Conor McGregor but that does not seem to be on the horizon.

The same can be said about Hafthor Bjornsson. After his fight with Hall was postponed, there is no immediate for Bjornsson to face. He has been active in training and serious in his dedication to boxing. This means that a new opponent could surface quickly and Bjornsson could get back in the ring.