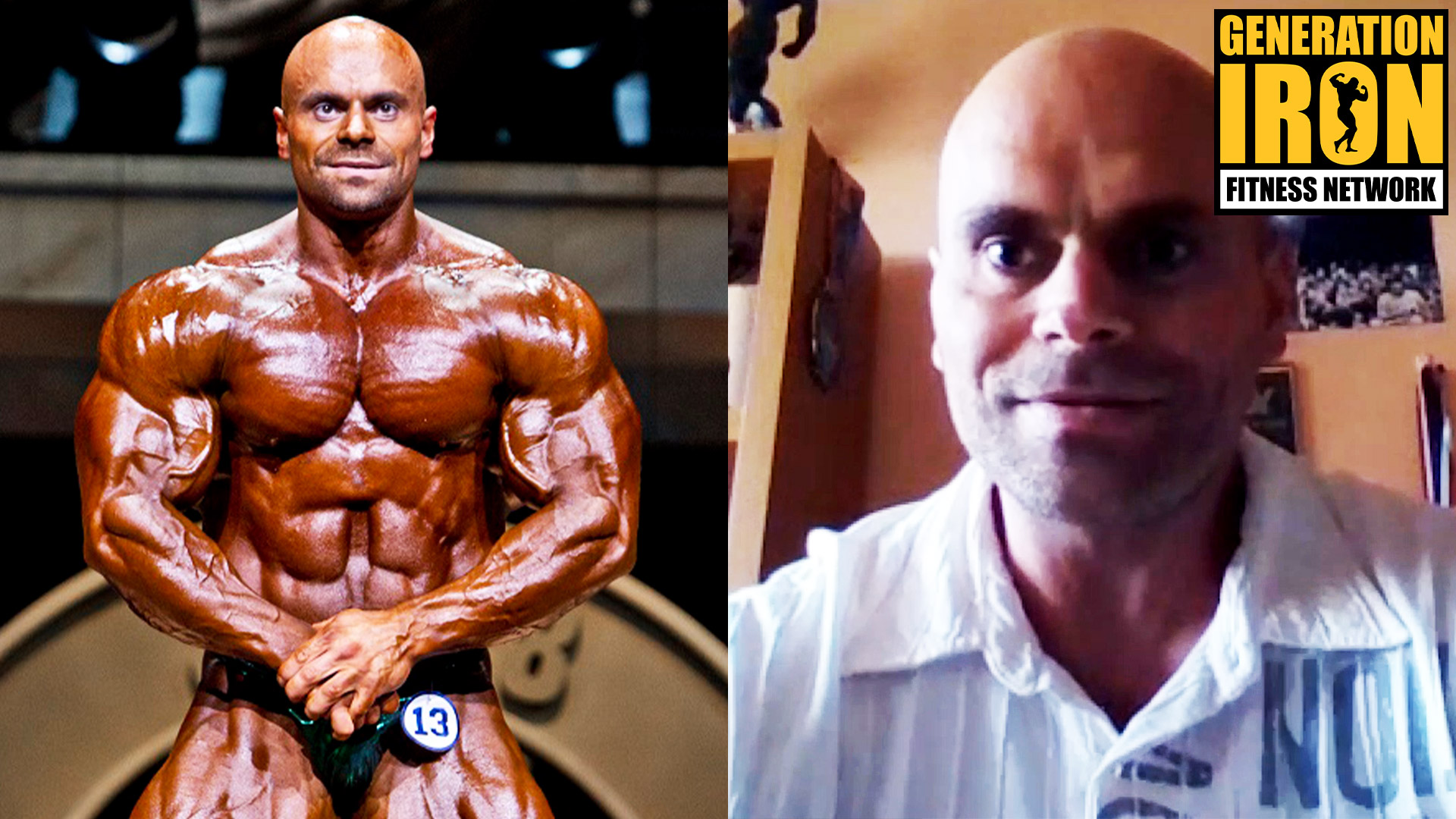 Lukas Osladil is a pro bodybuilder that epitomizes the saying, “slow and steady wins the race.” He’s a true threatening competitor in the top contenders at the Mr. Olympia. But it took him a journey of 31 years to get where he is today. He decided to become a bodybuilder at the young age of 10 years old. Since then he’s never looked back and taken nearly no breaks in his journey towards improvement and success. In our latest GI Exclusive interview, Lukas Osladil details his origins in bodybuilding at 10 years old and the rigorous journey to becoming pro.

Lukas Osladil is a bodybuilder with an incredible physique that has been competing as a pro since 2011. But his journey in bodybuilding started much earlier than that. Bodybuilding has been his passion since 10 years old. As if it was almost fate, Osladil woke up one morning and quickily decided that he wanted to dedicate his life to being a bodybuilder. He knew nothing about the sport, what was required, or even how to train and diet. He simply knew that he would do whatever was in his power to build muscle mass – starting out by simply doing push ups every day.

“But I don’t know why did I make the decision to start bodybuilding but I think it must have been from some dream I had the night before,” Lukas Osladil states in our interview. He continues:

“Because I don’t know why – why would I decide so quick after I woke up? At the time I was 10 years old and my weight was 28 kilograms [61 pounds]. I just knew to build muscles you need to start using weights many times a week or something and then it will grow. But that’s all I knew about it.”

It of course took Lukas Osladil many years to eventually learn the true techniques and practices of competitive bodybuilding. But his heart and spirit remained dedicated from that moment forward every single year. He grew up in a town with no bodybuilding outlet. He hadn’t seen a bodybuilding show before. He simply used willpower to turn this into his life’s work.

Lukas Osladil proudly can claim that he has been bodybuilding in some capacity for 31 years. He had never taken a break and always put bodybuilding as his main priority. From what we can tell – this will remain his tactic until he retires – hopefully with a Sandow trophy under his belt.

Lukas Osladil details his dedication speaking with Vlad Yudin in our interview:

“And since the day I decided to do bodybuilding, I have been doing it until now and I’ve never stopped. The biggest break I’ve had was maybe like two weeks in the 31 years. And then one week maybe every year or every other year. So no big break or something.”

It’s often said bodybuilding is a lifestyle. Lukas Osladil is a pure embodiment of that motto. Before it was a sport he competed in. Before it brought him any money or possibility of a career. Osladil dedicated his entire waking life towards self improvement in bodybuilding. He has since won the Arnold Classic South America and placed in the top 10 of the Mr. Olympia.

He may still be some steps away from becoming an Olympia champion – but based on his dedication over the past three decades, we can imagine a future of continued slow and steady improvement. A championship title might still be in the cards.

You can watch Lukas Osladil go into full detail about his bodybuilding origins in our latest GI Exclusive interview segment above!