Over the past several decades, fat burner products have popped up almost everywhere. And two questions I always hear regarding products in this category are “Can you check out the ingredients for me?” and “Is it safe to take“?

While not everyone will respond the same to one product and some shouldn’t even consider taking them, you can usually tell by the ingredients and doses if something is worth trying. Today I’ll be doing a Transparent Labs Fat Burner review where I’ll break down the ingredients and talk about the potential benefits.

Utah-based Transparent Labs doesn’t believe in hiding ingredient information and they become a huge name in the supplement industry.

Of course, you should always be sure that your diet, training, and lifestyle are on point if you want any supplement to work. Far too many people believe a pill is an easy fix but this couldn’t be further from the truth.

Let’s dive in, shall we…

Here we’ve provided some information about the potential fat-burning and health-supporting effects of the ingredients in Transparent Labs fat burner. 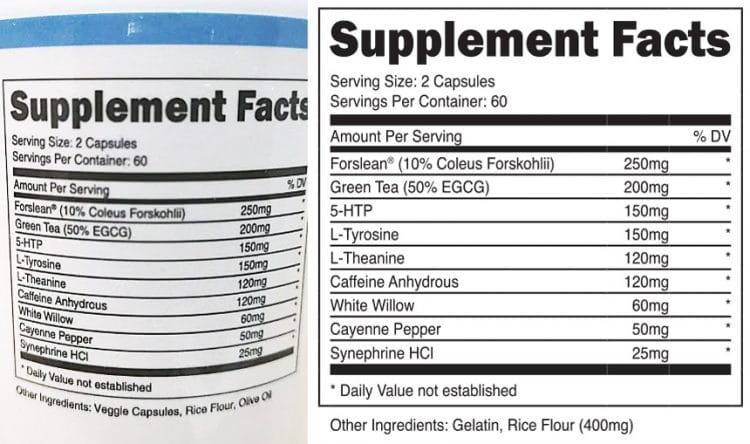 Also commonly known as forskolin, this ingredient shows promise as an effective fat-loss supporting aid. Forskolin is a plant compound from the Indian coleus forskohlii that’s been used for many years for its medicinal properties.

But over the years, it’s become popular as a weight loss-specific ingredient. However, human studies are very few whereas the majority have been done using animals.

Although, one 2005 study using thirty overweight and obese men found that taking 250mg of 10% forskolin extract twice/day for 12 weeks, significantly decreased their body fat percentage and fat mass compared to a placebo group (1).

But that’s not all, researchers also found that there was a significant increase in their serum testosterone levels, plus their muscle, and bone mass compared to the placebo group.

The study concluded that forskolin could be a “therapeutic agent for the management and treatment of obesity.”

Green tea contains plant compounds called epigallocatechin gallate (EGCG), a type of catechin that contains antioxidants. These compounds are believed to be responsible for the potential therapeutic benefits. 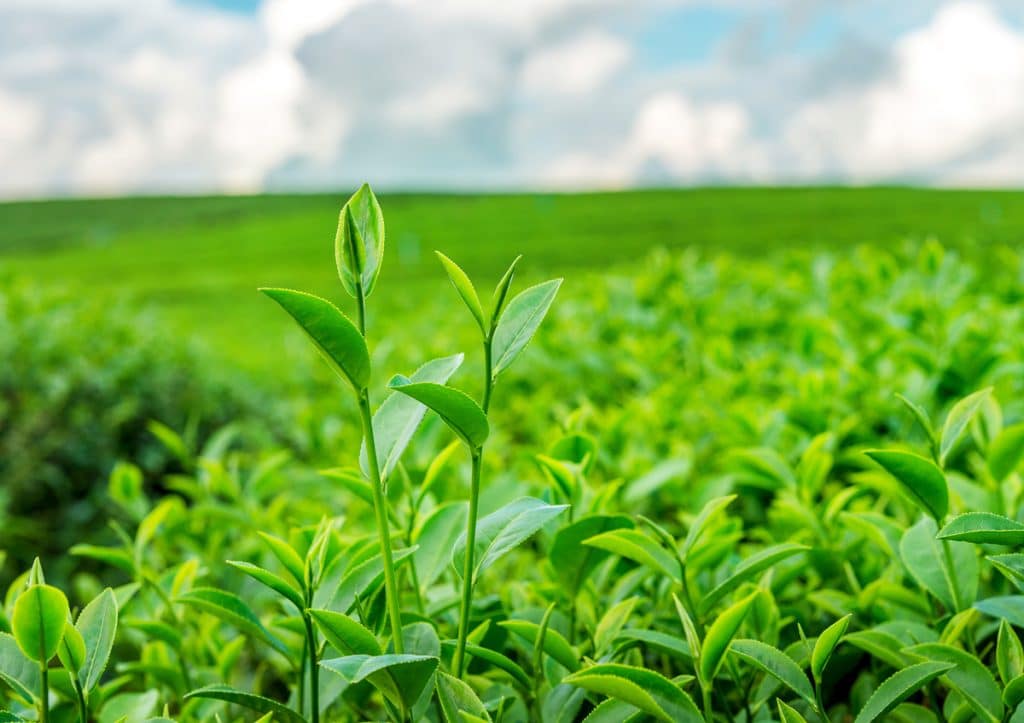 Because of the health-supporting compounds in green tea, it’s been shown to have positive effects on many factors of health such as cancer, diabetes, and other chronic health issues.

While this can translate to increased weight loss because better health means better ability to maintain a healthy weight, research has shown green tea compounds to target fat cells directly (2).

This was determined by a study involving overweight men who took 300mg of EGCG per day.

It’s also important to note though, the green tea also contains a little caffeine which has also shown to have calorie-burning effects (3).

Don’t think that means green tea will do all the work though. In fact, no supplement will. You need to get your calories in check by maintaining an appropriate diet, exercise regime, and lifestyle.

5-HTP has become a more well-known ingredient for the potential effects it can have on the body in a few different ways.

According to an article by peacehealth.org, 5-HTP may have appetite-suppressing effects by stimulating serotonin levels in the brain. Serotonin is responsible for stabilizing our mood and well-being but it also plays a role in sleeping, eating, and digestion.

It may also increase feelings of fullness by suppressing hunger hormones (4).

In one study of 20 obese and diabetic individuals who were given 5-HTP or a placebo for weeks, the former group ate several hundred calories less and lost body weight (5).

There’s promise for 5-HTP as a weight/fat loss aid.

L-tyrosine is an ingredient you’ll see in many products and it’s known to potentially have stress-alleviating effects and help prevent cognitive decline during stressful situations (6).

This could have big implications on the ability to lose fat.

An amino acid found in green teas, l-theanine is commonly included in supplements because it’s shown in studies to enhance calmness and work synergistically with caffeine to extend the cognitive effects like focus and alertness.

Some research suggests it can improve mental health and be an effective compound for combating stress-related ailments (7).

This can have huge implications for fat loss efforts because reduced mental symptoms can help with health, sleep, and habits.

But seeing as research suggests you need higher doses than that found in a cup of green tea (20mg), Transparent Labs fat burner contains 240mg per serving which seems to be an effective dose from the various studies on its effects (8). 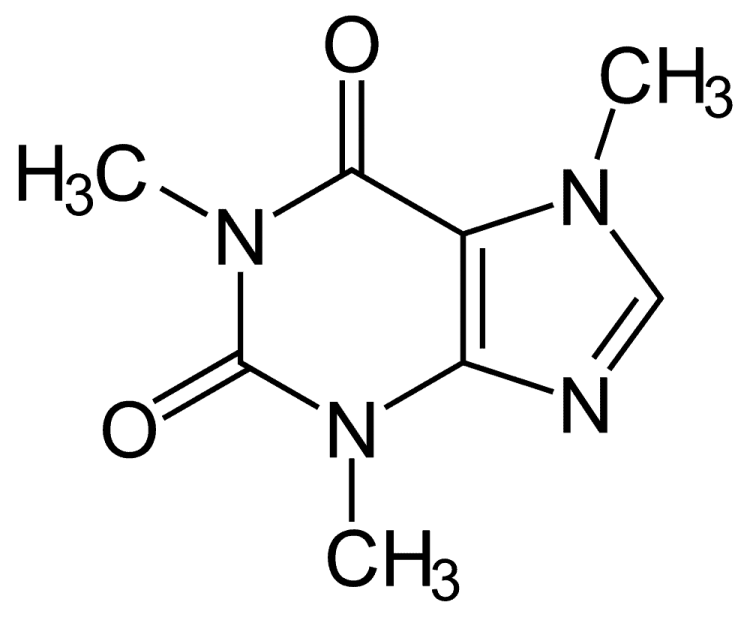 Caffeine, a nervous system stimulant and the main stimulant in coffee, is one of the primary ingredients used in performance-focused supplements and products. No ingredient can give you an energy boost like caffeine but that also translates to more calories burned, therefore increasing fat loss potential.

Caffeine can cause fat cells to break down, boost metabolic rate, and have appetite-suppressing effects.

Being a nervous system stimulant, caffeine increases epinephrine or adrenaline that sends a signal to fat cells to release fat in the bloodstream (9, 10).

But you’ll still need to follow a reduced-calorie diet, enough to cause an energy deficit, for the fat loss effects.

It’s important to keep in mind though, that the fat-loss enhancing effects through an increase in metabolic rate seem to cause a greater effect in leaner and younger individuals (13, 14).

Caffeine is a useful ingredient for helping with the fat loss process but it’s also just a really beneficial ingredient overall. 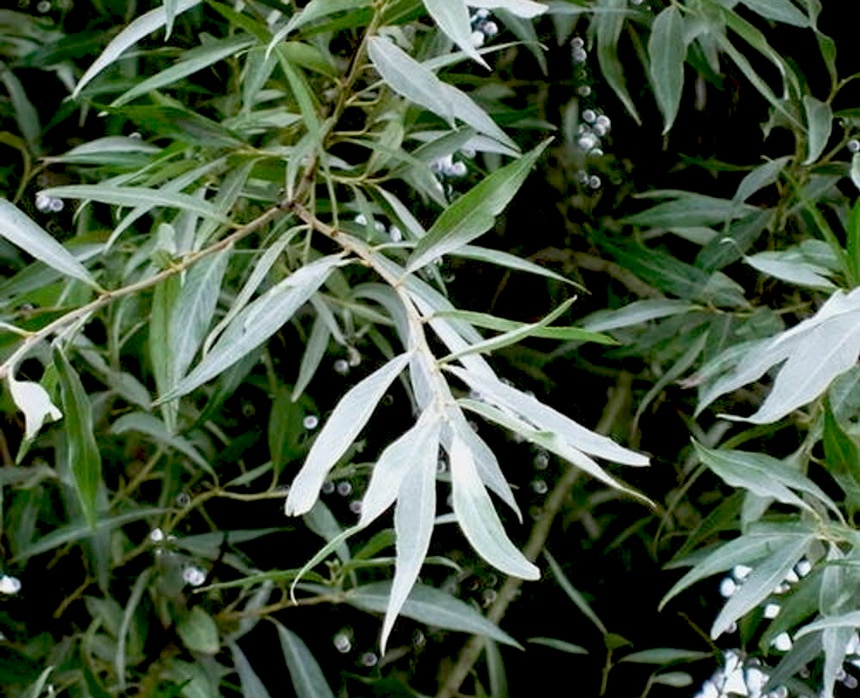 An interesting addition to Transparent Labs fat burner, White Willow or salicin acid converts to a substance called salicylic acid that is apparently responsible for the analgesic effects that you get with aspirin (15).

But some research states that it can potentiate the thermogenic effects of synephrine, an ingredient that’s also included in this product. (16, 17)

The main ingredient found in cayenne pepper is called capsaicin; a compound that is believed to elicit fat-loss enhancing effects.

But does it really work? Do spicy peppers help you to burn more calories? 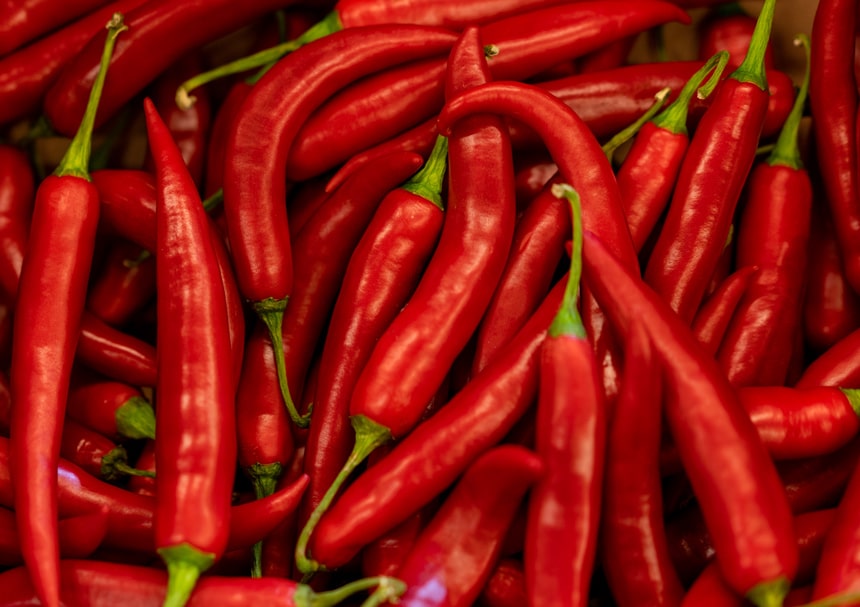 According to research, cayenne has thermogenic and appetite-suppressing effects that help to lose fat. Diet-induced thermogenesis causes a rise in body temperature leading to an increase in calories burned.

However, its effects on appetite would contribute more to fat loss just because foods typically don’t boost the metabolism enough to cause significant calorie-burning (18).

Cayenne could make you less hungry by reducing the hunger hormone ghrelin (19, 20).

Eating fewer calories and enough to cause an energy deficit will ultimately cause you to shed body fat and weight.

It’s important to note that any effects from cayenne are likely to reach a point of diminishing returns according to the research we found on it.

Synephrine is an ingredient found in bitter orange extracts and it may have an impressive range of benefits from fat loss to appetite control, improved performance, plus increased energy, and cognitive function.

Some studies found that synephrine (10-53mg/day) can increase resting metabolic rate and energy expenditure and may cause modest weight loss (21).

Of course, there’s no surprise here as again, there’s no supplement that is going to shred you up without a good effort on your part.

Can Transparent Labs Fat Burner Cause Side Effects?

Of course… just like any supplement that contains a mixture of ingredients can. Does that mean it will? No. It depends on how each person reacts to certain ingredients. 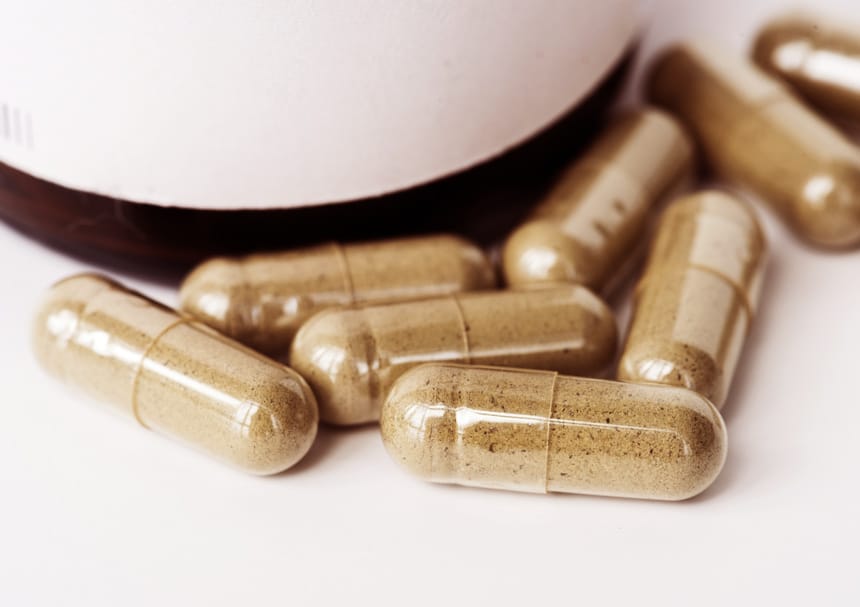 For instance, there’s 120mg of caffeine added plus a little from the green tea. While this is by no means a dose to be concerned with in most cases, some people have not built up a sufficient tolerance to caffeine or it may not agree with them.

Then you have forskolin that, while it has been mostly found to be safe when used in proper dosages, hasn’t been extensively studied. Some people who’ve taken it have reported that it can lower blood pressure during exercise which studies (22).

Post-physical activity tends to lower blood pressure anyway so some will need to be careful.

But that’s why it’s important to always consult with a medical professional especially if you have a history of health problems.

So there are a few different purchase options with Transparent Labs fat burner. As with most pricing structures, the more bottles you purchase, the less you’ll spend.

But for the quality of the product and the amount of each ingredient, none of the cost options are unreasonable.

There are 120 capsules per bottle and 60 servings since you’re supposed to take 2 pills twice per day, so you get a one-month supply per bottle.

You’ll have to pay shipping which depends on your location but they do offer free shipping when you spend $150 (only in the US).

Is Transparent Labs Fat Burner Worth The Buy? 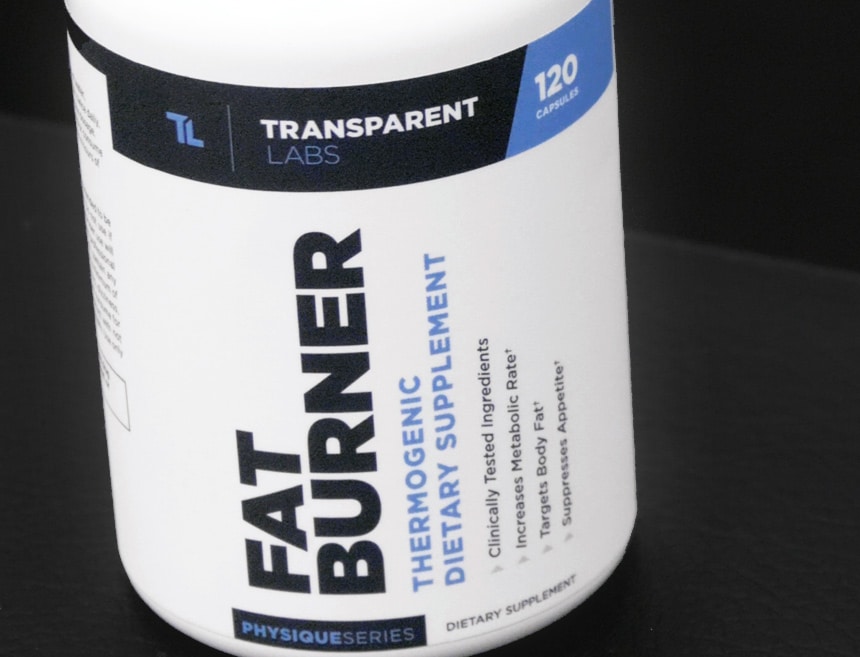 If you’re looking for a fat loss aid in combination with a good diet and lifestyle, then yes it’s worth the buy.

Transparent Labs has become a very reputable brand with top-notch products in a variety of categories, and they put a lot of effort into their supplements.

Their fat burner uses a formula with several unique ingredients shown in studies to be beneficial for fat loss support through fat oxidation, appetite suppression, and an increase in metabolic rate. Although, you must have realistic expectations.

Supplements can give you a boost toward your goals but you will not achieve your dream physique without discipline and good habits.

Transparent Labs fat burner is a unique product with many interesting ingredients. Most of those ingredients do have promising research behind their use and the product is well-dosed which is expected from a brand that has climbed the ranks rather quickly and is preferred by the best of the best.

While we recommend Transparent Labs fat burner product to help you achieve your goals, remember, it’s an aid and a supplement to a good eating regime, exercise plan, and overall discipline with your lifestyle.

17. Dulloo, A. G. (February 1993). Ephedrine, xanthines and prostaglandin-inhibitors: actions and interactions in the stimulation of thermogenesis. International Journal of Obesity and Related Metabolic Disorders: Journal of the International Association for the Study of Obesity. 17 Suppl 1: S35–40. PMID 8384178.

A Brief History of the New York Pro