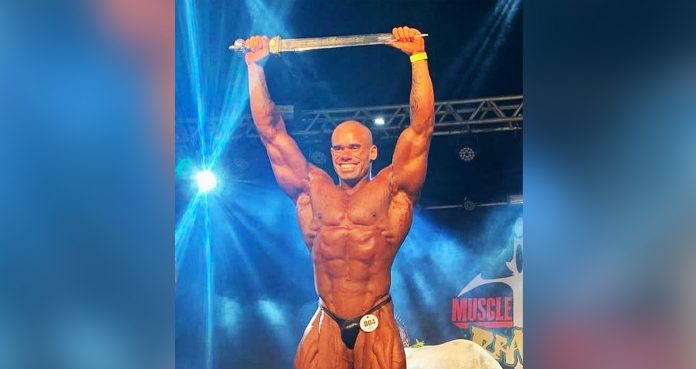 The 2021 Musclecontest Brazil Pro was the most recent contest to hand out a qualification to the 2022 Olympia. Competitors from five divisions gathered in Brazil hoping to earn the chance to compete during the biggest competition of the year.

The highlight of the night was the Men’s 212 category where Felipe Moraes took the first place spot against competitors such as Fabricio Moreira (2nd) and Felipe Fierro Lobos (3rd) among others. Other categories in competition were Classic Physique, Men’s Physique, Bikini and the relatively new Wellness division.

The full results have been announced from the 2021 Musclecontest Brazil Pro. There are five new athletes who will be on stage next December during the Olympia. Checkout the full results from the show along with the official score cards below! 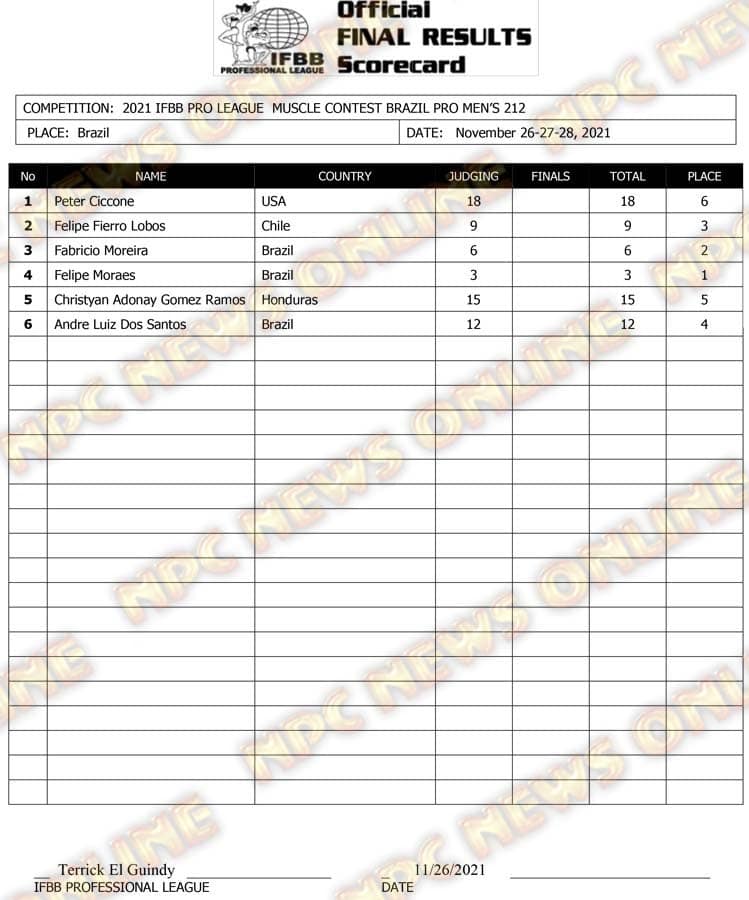 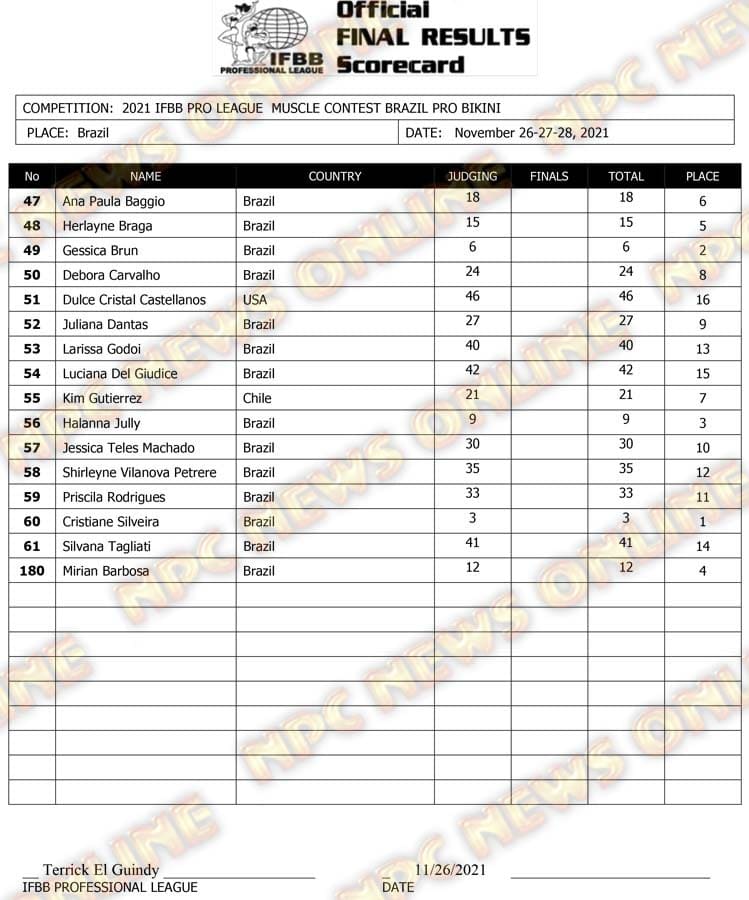 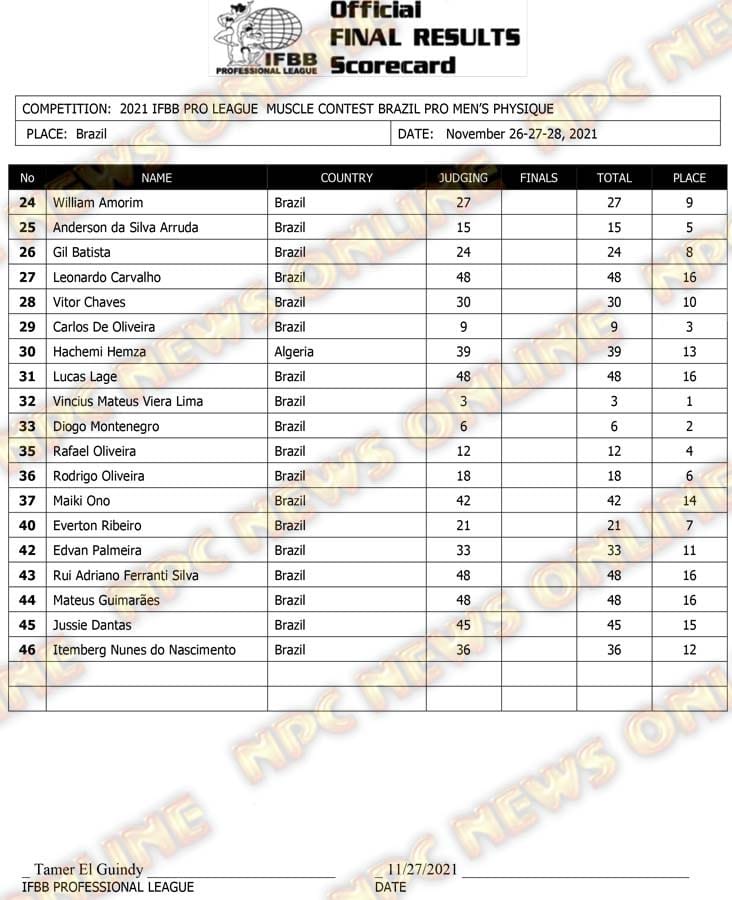 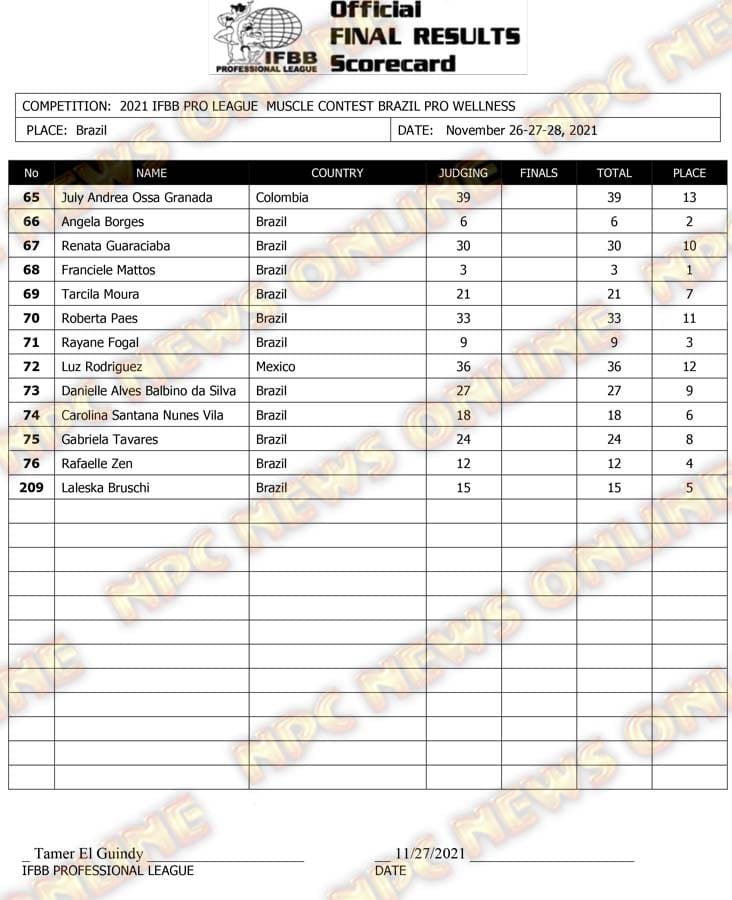 Generation Iron wishes to congratulate all the great athletes who earned a win at the 2021 Musclecontest Brazil Pro. Make sure to check out our full IFBB Pro results page from this year and previous years right here to catch up on any action you may have missed!

5 Ways To Boost Your Pump in the Gym

Check Your Hematocrit During AAS Use