Lewis, who has dominated for years in the 212 division, will not compete in Mr. Olympia for the second-straight year.

Flex Lewis is one of the all-time greats in the Men’s 212 division. He totaled seven-straight victories at Mr. Olympia in that division, the most all-time. In 2018, Lewis announced that he would retire from the 212 division and make the transition up to Men’s Open. Lewis recently announced that he will not compete at Mr. Olympia 2021. This makes for the second year in a row.

Flex Lewis posted a video on his YouTube channel explaining the decision. This is now the second year in a row that fans will have to wait for Lewis to make his much-anticipated debut at his new division. In 2020, Lewis withdrew from the competition after complications with a shoulder injury.

The video begins with Lewis giving us a look at his new gym, the Dragon’s Lair, that he opened in Las Vegas. He walks viewers through the gift shop and then into the back offices. When he reaches the gym itself, this is where he begins to break down his decision. It is around the four-minute mark of the video.

When discussing the reason for his opt out, Flex Lewis highlights the move to Las Vegas and the process opening up his new gym. Finally, Lewis discusses a deeper reason — he and his wife are trying to have another child.

Lewis also wanted to clarify that he did not withdraw from this year’s competition because of an injury.

“I feel really good. That time off last year from competing, did it mentally f*** me up? Yes, it did, because I knew what I look like, and I know I could be doing damage up on that stage. So now this year has come, and there are a wide variety of things that have happened this year.”

Flex Lewis made a name for himself as one of the best non-heavyweight bodybuilders of all-time. He enjoyed a reign of dominance from 2012-2018 where he was crowned champion in the 212 division at Olympia. As a Men’s 212 champion, Lewis can enter the competition automatically under his own ambition. That is not the case in Men’s Open. Lewis would have to qualify or receive an invitation to compete, which he had not yet this year.

Lewis has not competed since 2018 but he made it clear that he is not retiring.

“I appreciate everybody’s support. I’m not retiring,” Lewis said in the video. “There’s still so much burning desire and ambition for me to fulfill my bodybuilding dreams, and, God willing, injury-free, I will be on that bodybuilding stage next year.” 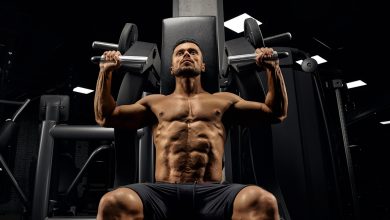